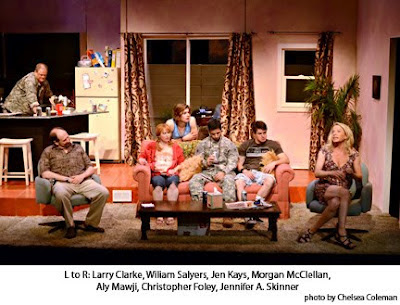 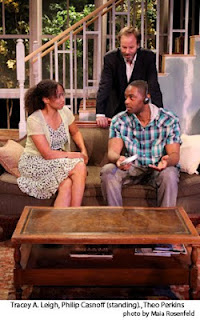 Posted by Sheehan at 8:30 PM No comments: 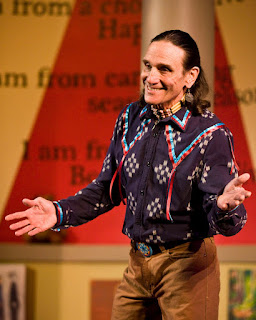 Shakespeare's Antony and Cleopatra at ANW 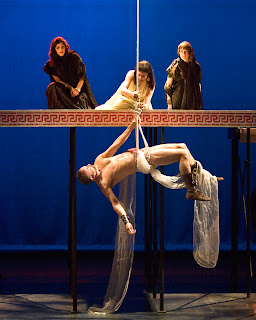 A Noise Within in Pasadena opens its spring repertory season with Shakespeare’s Antony and Cleopatra. Tom Buderwitz’s stark scenic design features broken columns which may foretell the harsh dissolution of the lovers (Geoff Elliott: Antony and Susan Angelo : Cleopatra) through the oft told story of their stormy relationship. Directed jointly by ANW’s founders Geoff Elliott and Julia Rodriguez-Elliott, their innovative staging mostly works through the almost three hour production. The story of the historic lovers meanders through early years of what might easily be called the couple’s debauchery and on to harsher times.

Aldous Huxley once said, “Old Shakespeare for example. How many critical brains have been deceived by the quickness of his tongue? … We credit him withphilosophy, a moral purpose and the most penetrating psychology. Whereas his thoughts are incredibly confused, his only purpose is to entertain…” He goes on to credit the Bard with creating a ‘real’ character from real life, Cleopatra, and says, “His (Shakespeare’s) boundless capacity for abracadabra has deceived innumerable people into imagining that all the other characters are as good.”

I could not disagree more. Though the validity of the Works of Shakespeare may be doubted, debated and otherwise taken to task, to me, Cleo is marginal in her authenticity. I choose to find Will’s more familiar characters much more three dimensional than as she is drawn in this play. That said, I found the broad presentation of all the characters in this production to be evenly portrayed, with the vigor that a well mounted Shakespearean tragedy must contain. Sadly, the only line familiar to me from the entire script is Antony’s “I am dying, Egypt.” For me it was none too soon.

Thankfully, the Elliotts have included some wonderful physical action with soldiers and pirates swinging on ropes and finally hoisting poor Antony up to Cleopatra as he dies. Serious cutting might have let the audience take flight in under two hours, which would have been a good idea. For true fans of A Noise Within and this play, go for the action. As for the words, words, words… there are certainly a lot of them.

Posted by Sheehan at 1:12 PM No comments: