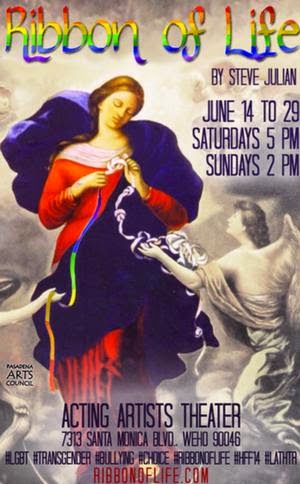 RIBBON OF LIFE by Steve Julian
Hollywood Fringe Festival
Closed June 29, 2014
Posted by Sheehan at 12:24 AM No comments:

TAKE IT OFF! (Well most of it!) OFF! BURLEYCUE at the Fringe

The Echo Theatre Company takes chances.  That is to their credit. With the World Premiere of Mickey Birnbaum’s new play, it almost pays off.  Emphasis here must be on the challenges of developing new theatre.  Larry Biederman’s direction is interesting in that all of the actors are doing yeoman’s work.  The dialogue is funny and the action, though sticky in some places certainly works. 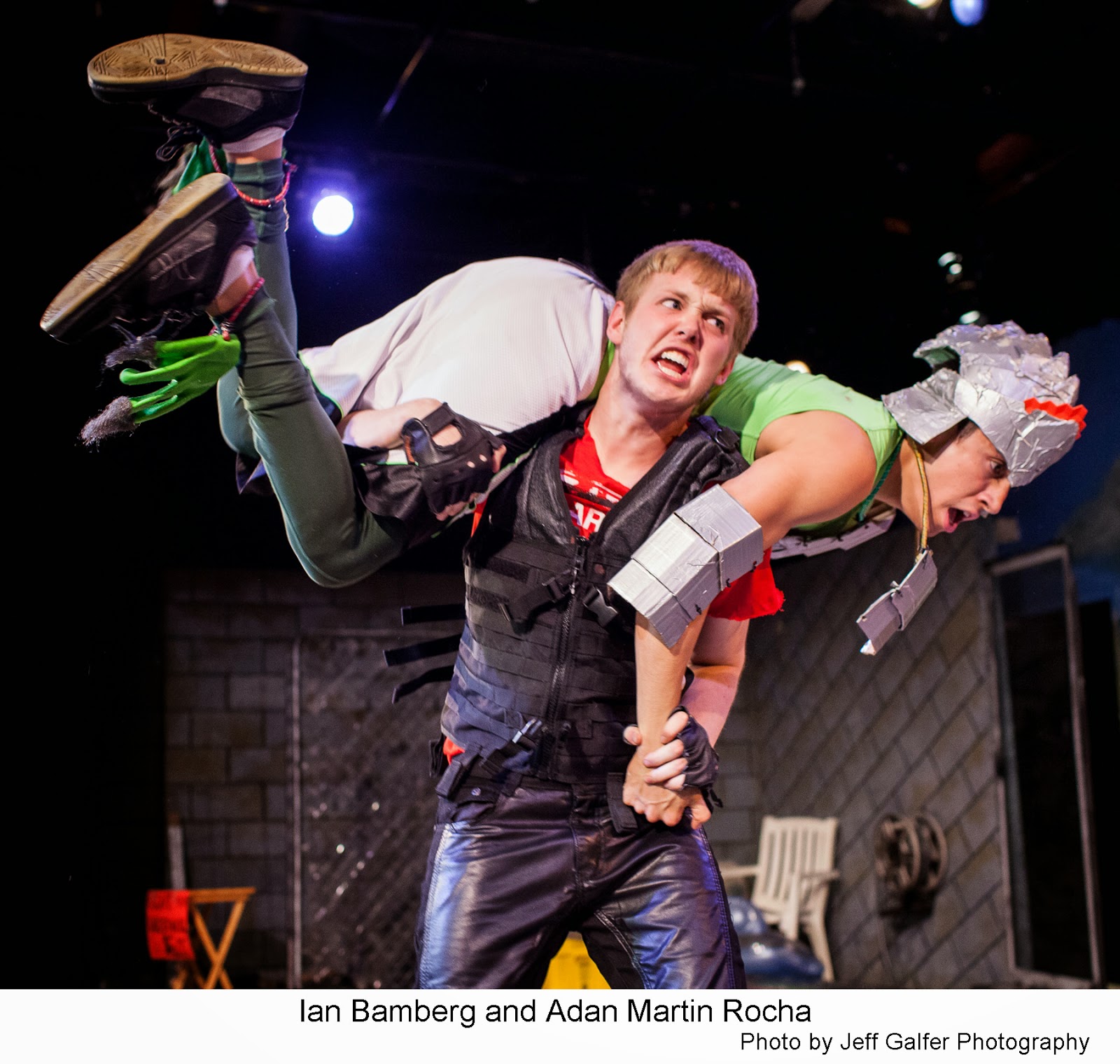 It is 2007. We open in the backyard of a kid named Chuck (Ian Bamberg) who  has caught the wrestling bug.  As The Destroyer, he comes up with fantastic scenarios with the goal of putting on wrestling shows in the deep south of California.  His buddy, Ray (Adan Rocha) plays The King of Tears (as in when one cries) and is, by his nature and appointment by Chuck, the head writer, the underdog.  Physical movements show tight rehearsal and convincing action.  At one point with Ray really down for the count. Chuck revives him with a kick.

BACKYARD is over written. The pace quickens and slows apparently at the actors’ discretion. The story evolves surrealistically and absurdly with nods to Pirandello and Ionesco.  Tiny Jacqueline Wright plays Carrie, Chuck’s mom, who has raised her son on her own.  She’s got a mouth on her like a sailor and inserts herself into the kids’ wrestling games.  With the introduction of Ted (Hugo Armstrong), the swaggering interloper who claims to be Chuck’s dad and a sort of wild card, Lilith (Esmer Kazvinova) each of whom have a social and physical need to participate, it’s a free for all.

The rekindling of the relationship between Ted and Carrie gets carried away and very physical with gratuitous sex and rough housing, leaving everyone pretty much exhausted.

A secondary story features Ray and his Mexican father, Raymundo Sr. (Richard Azurdia).  They meet at the US/Mexico fence (depicted beautifully as a mural across the entire stage by Stephan Gifford) that separates the United States from Mexico.  Raymundo Sr. has been a Lucha libre wrestler, now aged well out of his tights and masks. He attempts to promote the romance of the ring to his son, Ray.

All together, the work is presented with complete commitment by the cast. The physicality of the on stage workouts is tough and gritty.  The lines are funny.  With judicious editing this show would work well as a long one act.  Long pauses may work for the actors but not so much for an audience.

The Echo Company deserves a responsive audience.  Coming in at a little over two and a half hours with an intermission is a bit of a trial of endurance.   The genuine humor made the evening worthwhile.