WAKINGS!! AT THE ODYSSEY

Ron Sossi and The Odyssey Theatre Esemble celebrate a Golden Anniversary this year.

Fifty years of working like anything to keep the spirit of challenging theatre alive is no mean feat. It's terrific and   sometimes a labor of love.  Ron's bent toward the dark side .. a little.. has been his way of making sure that some form of classical theatre and new theatre would survive. .. at least in Los Angeles.

Sossi has wangled his way into the heart of 'important theatre' as a director and a producer, he's provided a stage for the work of Lucas Hnath (currently with the Disney show) and Van Itallie.. the wonderful sixties.. The Serpent.. and Shakespeare with Al Molina carrying a spear. It is the stuff that no one else dare strut and bellow.  Sossi survives in Art.

The Odyssey's current offerning: "Wakings!" is a mixed bag.  This spectrum of the writings of Herman Hesse, Robert Coover and Harold Pinter  featuring actors I have admired over the years has its ups and down. 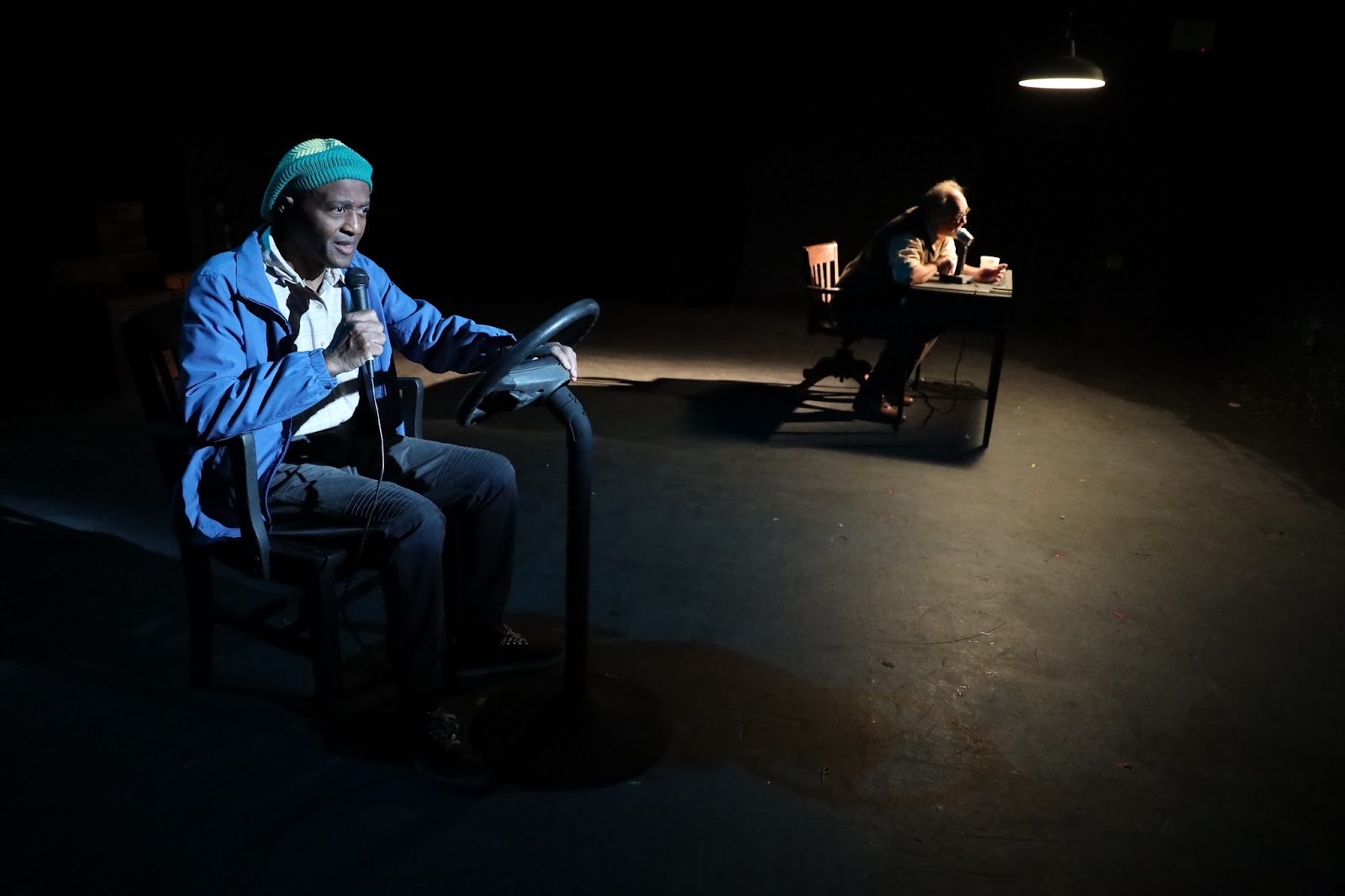 We meet  Ron Bottitta and C.J. O'Toole as a couple of Pinteresque bozos in "Victoria Station."  Bottitta "gets it" that they (the actors) are in a huge space with high ceilings.  Even with his Controller''s microphone, he vocally builds his character expertly.  Poor old confused Driver 274 is barely audible in the back and forth confusion that brings Bottitta to apoplexy ...

As a courtesy, a simple prolugue by Diana Cignoni and Kristina Ladegaard recall the story of how Rip Van Winkle wound up sleeping for twenty years. 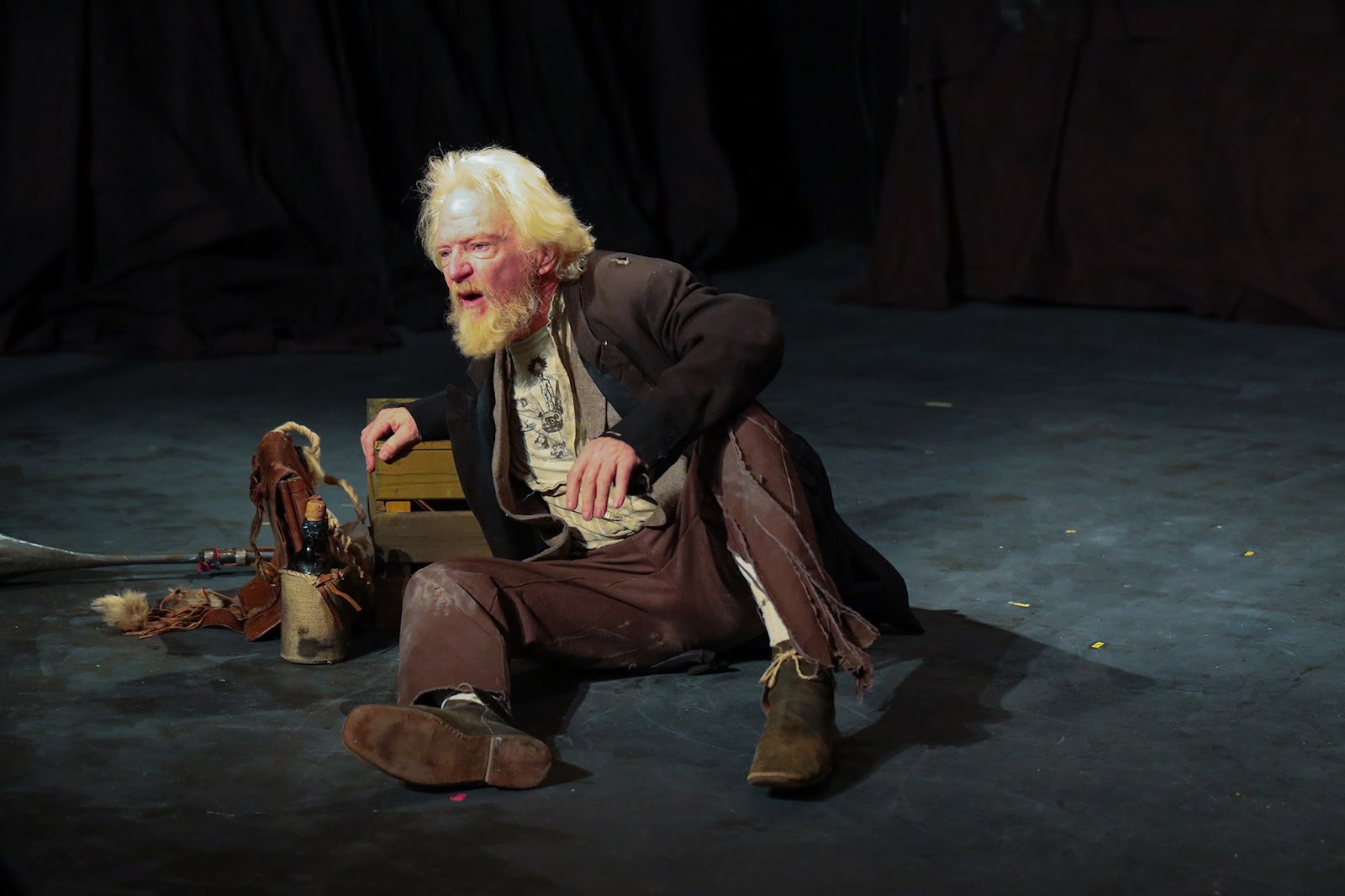 The guy who does 'get it' is Darrell Larson. Larson rocks Robert Coover's "Rip Awake" with a fifteen minute monologue. I wonder about thunder and no lightning, but tech issues may fix that. Larson finds peaks and gullies  that question reality, eventually sending Old Rip up the mountain again to deal with the buggers who slipped him into slumber in the first place..  or did they? 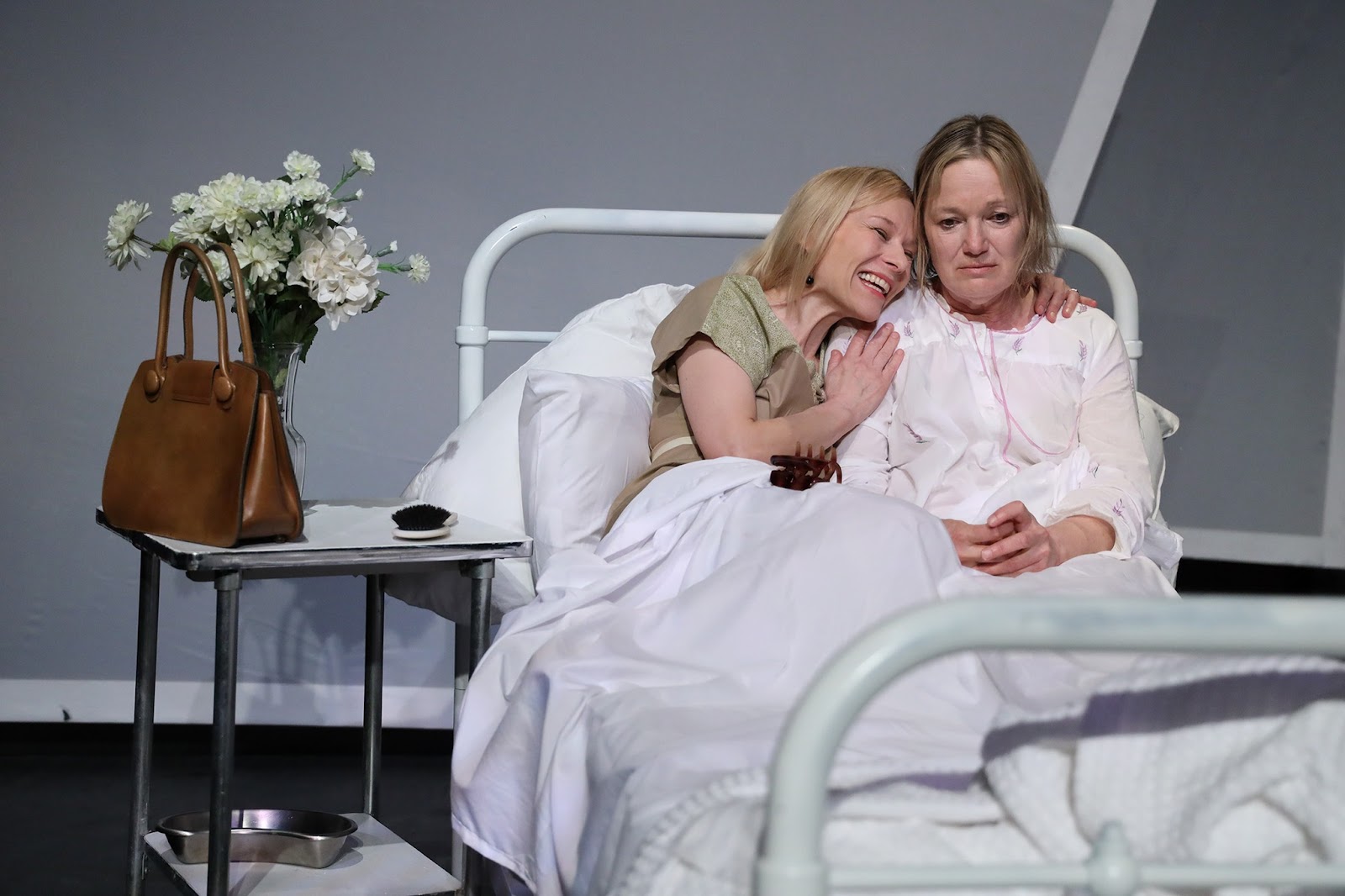 Pinter's "A Kind of Alaska" partly inspired by Oliver Sacks's "Awakenings" finds Hornsby (Ron Bottitta), on hand as Deborah  (Diana Cignoni) wakes from a years long sleep, durng which she has aged from being a teen to a ful grown woman. This one act suffers from the problem of the large space.   Of course, the piece is intimate and subtle, and it's obvious that Deborah on her awakening after many years lying asleep, has a handle on the acting challenge, as does her sister, Pauline (Kristina Ladegaard).. but to be subtle in a large space, which may work for the front row, loses impact as the audience rises out of hearing.

The final piece that features all five members of the cast seems to wrap up the message that Sossi has in mind.  Life is transitory. Life goes on. Change is inevitable.. as is the Inevitable is invitable.. This selection from Herman Hesse's "Siddartha" (portrayed by C.J. O'Toole) is  read on microphones by the other four members of the cast. Hesse was required reading for "seekers" many years ago and the 'truth' in the book's description of how the Buddha became enlightened is dramatic and .. for seekers today, may ring true.

"This sleep was deep; it seemed to him as if ten years had passed.He heard the soft rippling of the water.

A smile crept over his face, and a strong feeling of awakening from a long dream spread rightthrough his being."  Hesse

Fridays and Saturdays at 8 p.m.

Post-performance discussions are scheduled on Wednesday, May 11 and Friday, May 20, and are included in ticket price.

The last Friday of the month, May 27, is “Wine Night”: enjoy complimentary wine and snacks and mingle with the cast after the show. Additional discounts are available at select performances for seniors, students and patrons under 30; call theater for details.
Tickets and information: